{Words to live by}

New York in the fall

Get ready to shop at Kamers

New York in the fall

Today we’re heading to New York with another inspiring post from Piko (See the first post here).
To see New York in the fall is definitely on my bucket list and seeing these beautiful photos of Prospect Park reminds me why. It looks like October is certainly a happening month, I would so have loved to experience that TWA terminal! Enjoy the tour…

Autumn in New York is a time to see true seasonal change. The North East of the US is famous for the fall colours, but you don’t need to go out of town to see green leaves give way to amazing hues of red, orange and yellow. Of course Central Park is the most-visited spot. But the same architect and landscape duo responsible for that famous landmark – Frederick Law Olmsted and Calvert Vaux – also designed Prospect Park, just a 40 minute subway ride from midtown.

It’s just as amazing as Central Park but more relaxed with far fewer tourists and not bordered on all sides by skyscrapers. Instead you will see the geometrical rows of similarly shaped houses in Park Slope – a particular architectural feature of Brooklyn. Since autumn is also Halloween time, pumpkin-lined steps lead up to the ornate doorways.

The Open House New York event also happens each October – where for one weekend all sorts of interesting buildings across the city are opened to the public. This year I went to see the incredible TWA terminal at JFK airport, designed in 1955 by architect Eero Saarinen and completed in 1962, but which has not been in use since 2001. The soaring windows and organic shapes create a beautiful space that evokes a golden age of flying.

Next stop was the Brooklyn Army Terminal, where military supplies used to be shipped and stored. These days it seems more like a film set from some dystopian sci-fi movie.

Other highlights were the wood-paneled Othmer Library at the Brooklyn Historical Society building, the Rotunda in one of my favourite buildings – the Alexander Hamilton Customs House, and the spectacular view over the West Village from the Jefferson Market Library tower.

Receive a weekly round-up from the blog, including local happenings & insider news.

WHAT’S IN THE SHOP 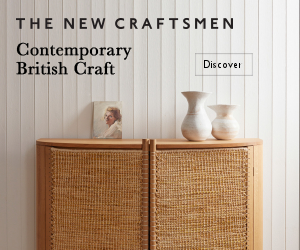 Feel free to re-blog my photos or work but please do link back to lanaloustyle.com. My photos may not be used for commercial purposes.

I always try to credit the original source of work or artist I feature. If your work is featured here and you would like it removed, please email me and I will do so immediately.

Please note: All links are correct at the time of posting but may be removed if no longer valid.
INSTAGRAM
Let's Connect
Instagram has returned invalid data.

Please note: The online shop will be closed until 12 March 2020 Dismiss